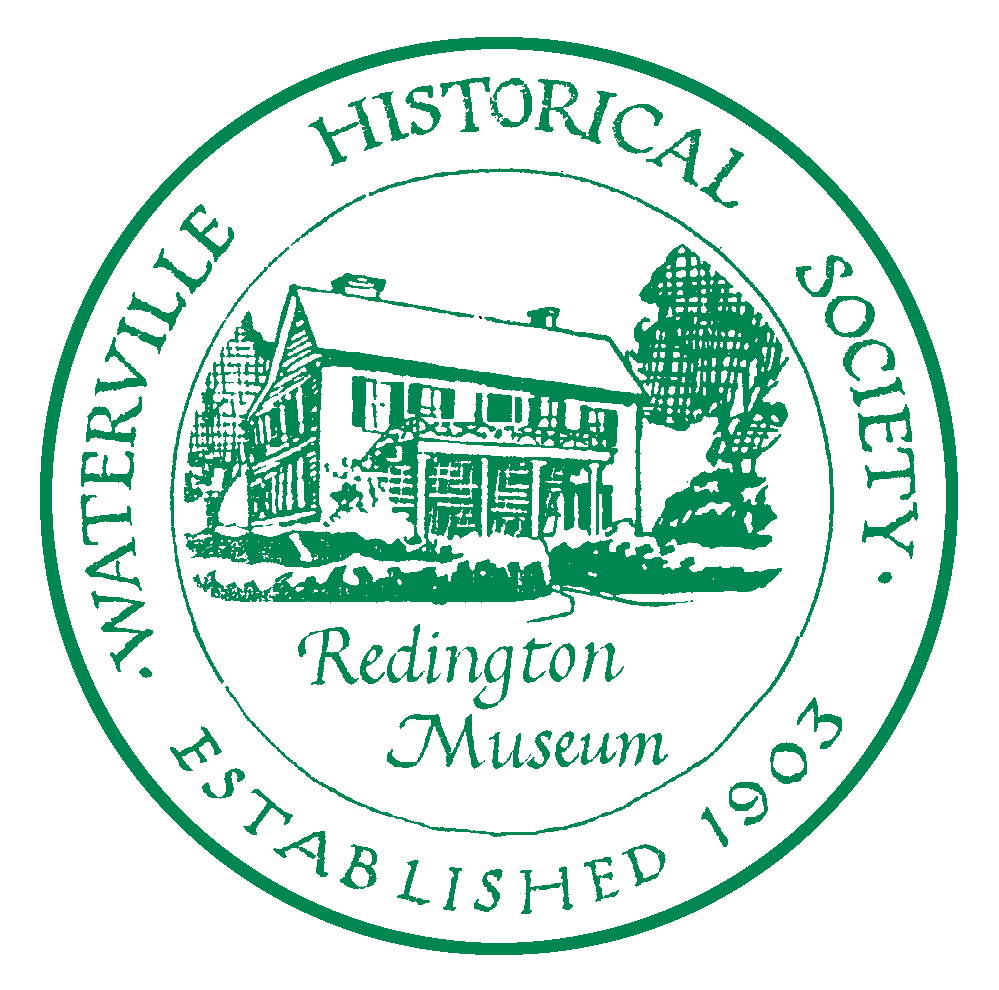 The Redington Museum is owned and operated by the Waterville Historical Society in Waterville, Me. It is made up of members from the comThe museum is housed in a handsome two story home built in 1814 by pioneer Waterville settler Asa Redington, a veteran of three enlistments in the Revolutionary War and a member of George Washington’s elite Honor Guard. After the revolution he developed the water rights at Ticonic Falls and with his sons Samuel and William established a thriving flour mill on the banks of the Kennebec River. The father of six sons and three daughters, Asa built this substantial home for his son William. Fashioned of great hewn timbers, all hand pegged, it still features the original spiral staircase, fireplaces with period woodwork, and floors of wide pumpkin pine. The newel post in the entrance exhibits the “contractor’s peace stone,” a small smooth polished stone signifying in Colonial times that the project had been completed to both the owner’s and builder’s satisfaction. Today five rooms are furnished with antiques of the late 18th and early 19th centuries from the Redington family, the family of pioneer attorney Timothy Boutelle, and from other early local families. The house has been open to the public as a museum since 1927 and was entered in the National Register of Historic Places.

Our Library
The Society’s library contains many original materials useful for local historical research. There are numerous volumes of state and local history, a special collection of books on the Civil War, and an important collection of early school texts, many of them published in Hallowell.
There are several important series of diaries, including those of James Stackpole, which cover the years 1785 to 1820. Other series include the diaries of George Flood, covering 1860 to 1900; those of Miss Harriet Parmenter, covering 1888 to 1940; those of Miss Clara Costley, from 1912 to 1950; and the Keith diaries. Other manuscripts include a large number of account books from early businesses, records of early local physicians and a file of early letters and documents from and about local citizens.
The Society has a good collection of early local newspapers, including a fairly complete run of the weekly Waterville Mail from 1847 to 1906 (microfilmed in 1975-76 with the help of a grant from the Maine State Commision of the Arts and Humanities. Microfilms available for viewing at Colby College). Numerous early local maps, some of which are on display, and the extensive collection of early photographs of Waterville allow researchers to piece together an excellent visual history of the area.

Please login to update your business